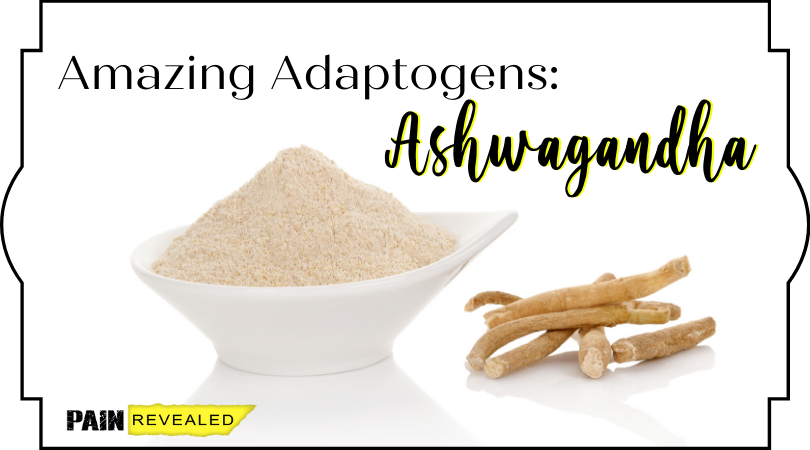 Ashwagandha may seem like a mouthful to pronounce, but this multi-purpose adaptogen – a supplement that helps the body cope with and stay strong through both physical and mental stress – is a gift to us from the ancient Indian tradition of Ayurvedic medicine.

Ashwagandha (Withania somnifera) is made from the root and berry of a plant that is also known as winter cherry. It is reputed to improve thinking ability, decrease pain and inflammation, and prevent the effects of aging. Its many uses include the treatment of arthritis, Parkinson’s, hypothyroidism, asthma, and fibromyalgia.

Some report benefits when using it in conjunction with cancer medications as well as treatments for schizophrenia, due to its beneficial mediation of side effects. Additionally, it is used to lower fat and sugar levels in the blood.

Shawn Wells, known in the supplement world as “the world’s greatest formulator” is a big fan of adaptogens such as ashwagandha, “I really like the adaptogens. Those are unique because it’s this group of herbs that give you balance.” He adds that they normalize blood sugar and blood pressure, whether they are too high or too low, for example.

Wells goes on to explain that, “What’s great about the adaptogens, I think, like rhodiola, ashwagandha, ginseng, this class of compounds – they normalize you. And we’re supposed to be more normalized in our lives.”

Our nervous system, he adds, has two modes – sympathetic and parasympathetic – which he refers to as “hustle and flow.” We have too much hustle in our busy modern lives, and are not taking time out for things that take the edge off of our overstimulation, such as prayer, solitude, walks, and gratitude. Adaptogens help to ease this stress we all carry and bring needed balance.

The world of research has weighed in on the benefits of ashwagandha as well. In a rat-model study, ashwagandha use in arthritic rats, “significantly decreased the severity of arthritis by effectively suppressing the symptoms of arthritis and improving the functional recovery of motor activity and radiological score.”

In another rat-model study, the effects of ashwagandha on blood sugar were researched, and the researchers concluded, “Our data suggest that WS [Withania somnifera – ashwagandha] normalizes hyperglycemia in fructose-fed rats by reducing inflammatory markers and improving insulin sensitivity.”

There have been human studies of this adaptogen as well, such as a double-blind, placebo-controlled Indian study in which patients with knee pain were tested for the effectiveness and tolerability of ashwagandha.

This study concluded that ashwagandha “produced significant reduction in outcome variables, with the 250 mg group showing significantly better response. In addition, the therapeutic response appears to be dose-dependent and free of any significant GI disturbances.”

James Lavalle RPh, CCN is an integrative medicine expert who directs a clinic at the NFL Hall of Fame village for retired athletes. After a lifetime of hard training, these former athletes are prime candidates to benefit from adaptogens such as ashwagandha.

“The harder an athlete trains,” he explains, “the more stress they put on their body… that means that they need to eat right, but the reality is you may not be able to get all the nutrients that you need from your diet… you can do that with the use of dietary supplements.”

He tells us that ashwagandha is sometimes referred to as Indian ginseng, and that, “Ashwagandha actually has quite a few studies behind it in humans… Ashwagandha is showing improved concentration, better resiliency, better energy, helps with thyroid function in individuals, mental clarity, and there’s been very elegant studies done on ashwagandha.”

Consult your healthcare provider if you think ashwagandha is right for you. They can help you with brand recommendations and appropriate dosing.