What’s so Bad about Carbs? 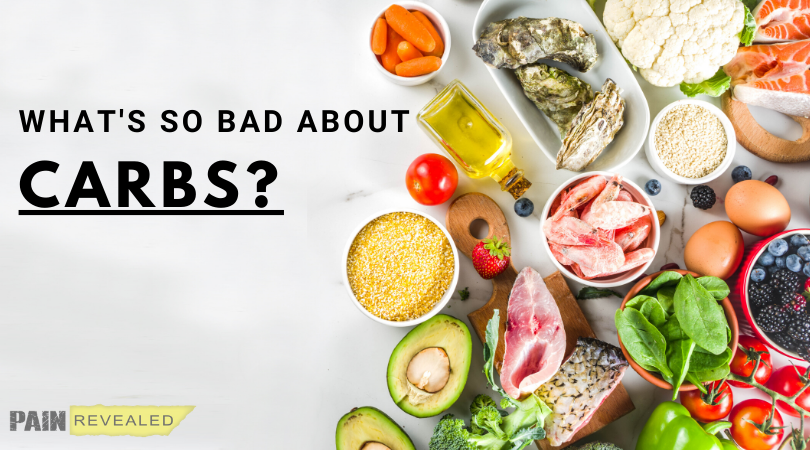 Carbs have had a bad rap in recent years. From low-carb diets to keto, carbs have been seriously sidelined in favor of proteins and healthy fats.

While protein and healthy fats should be appreciated and esteemed for their role in our health, have we thrown the baby out with the bathwater? In reaction to the carb-laden, low-fat emphasis of the food pyramid, has the pendulum swung too far in the opposite direction?

If you are questioning the wisdom of treating carbs as if they are evil, you are not alone – but it’s not time to throw in the towel and reach for the potato chips just yet!

It turns out that carbohydrates play an important role in how our bodies work and have a well-earned place on our tables. Primarily, they are energizing. While the body can obtain energy from other sources, carbs are the preferred source for most of the body’s cells. [1]

Carbs have gotten a bad name these days because there are so many poor-quality and nutritionally vacant carbs available to us. Take for example the sugary soft drinks, snacks, chips, candy, and other highly-refined and over-processed junk that are clogging our grocery stores and pantries and fattening us up.

With all this junky dietary distraction, its no wonder people in the Western world are fatter than ever. Eliminating these carbs in the name of better health should continue to be a priority for anyone who is looking to make dietary changes in the name of improving health.

Instead, we should be prioritizing more healthful options, including quinoa, rolled oats, legumes, fruit, and loads of vegetables. When possible, we should opt for organic and non-GMO choices. For those struggling with celiac, gluten sensitivity, or even chronic inflammation, gluten-free options should be the focus.

It turns out that those who prioritize proteins and fats to the detriment of carbs may be short-changing their bodies. Instead, take time to consider some of the many beneficial roles that carbs can play in your diet.

Sufficient dietary carbohydrates play an essential role in the protection of muscle mass. In diets where carbs are not adequate, muscle tissue may be broken down to provide glucose and other compounds it contains in order to provide energy to the body.[3]

Revealed experts like Functional Medicine practitioner Grace Liu promote healful carb choices as a source of prebiotics to support the gut microbiome. Liu states that “Fiber is known technically as prebiotics, Prebiotics are the fertilizer for all the good gut flora.”

Liu also points out that cultures known for long lifespans have diets that focus on healthful carbs, and that these carbs feed the unique microbiomes that play a key role in the long, healthy lives that are enjoyed in these societies.

Because healthful carbs have a lower glycemic index than junky carbs, they have an important role in blood sugar modulation [4], lower LDL cholesterol counts [5], and lower overall risk of heart disease [6]. There is also increasing attention being paid to the role of carbs in supporting the thyroid and adrenals [7]

If you have been avoiding carbs and find yourself missing rice, sweet potatoes, or delicious fruits like melons and oranges, it’s time to stop denying your body these foods and consider stepping away from the focus on extreme carb restriction.